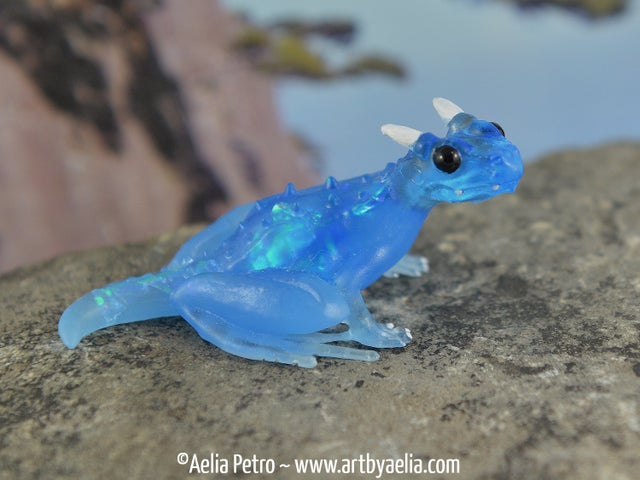 This frog dragon is translucent blue with iridescent spots. He has white horns and claws. He was born missing the middle toe on his left foot, but it doesn't bother him. His iridescent patches are truly magnificent.