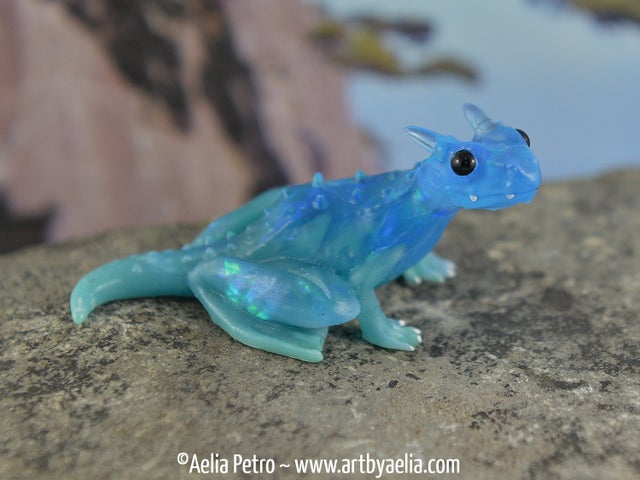 This frog dragon is translucent blue and jade with iridescent spots. He has white horns. He is a bit of a scrapper, and lost a back toe in a fight with a sibling. He is very sweet to humans though, and is looking for the right home.