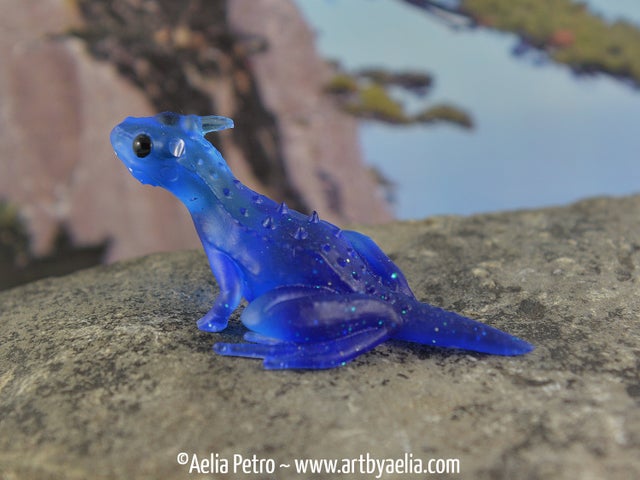 This frog dragon is translucent blue and indigo with glitter. He got into a spat with a red-tailed hawk and lost a horn, and the toes on his front feet. He is still very cute, and quite sweet, and looking for a good home to protect him from big birds!