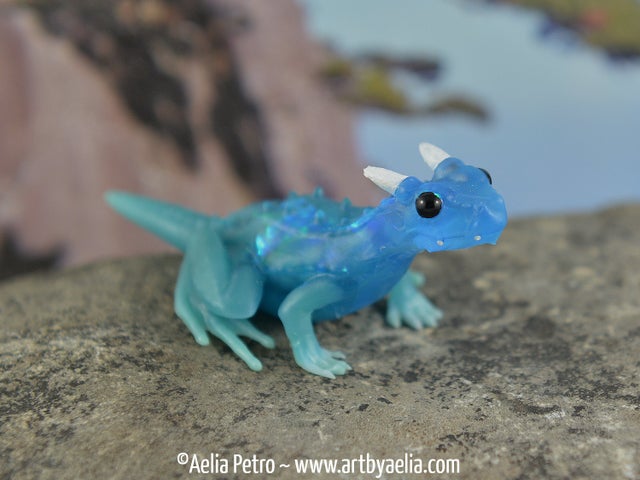 This frog dragon is translucent blue and jade with iridescent spots. He has white horns and claws.