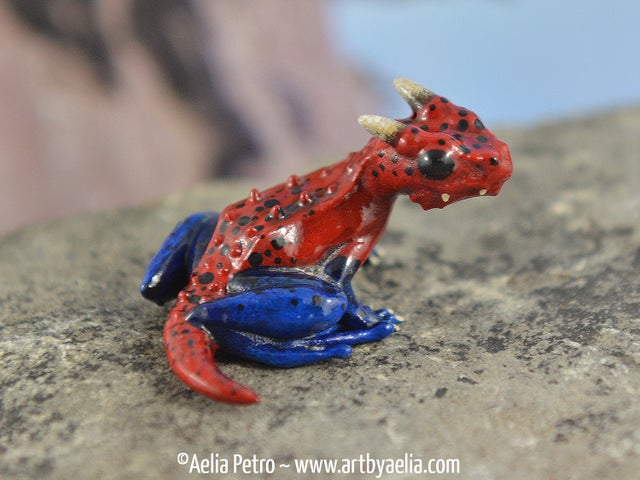 It's a little known fact that Dragons aren't mythological, nor are they a thing of the past. Hunted nearly to extinction in the Middle Ages, many species of dragon adapted by becoming masters of camouflage. They evolved characteristics that resemble other creatures, and live among these creatures for safety. You should always look twice at critters you see in nature, you never know what you may be missing! This particular Frog Dragon was found living amongst a group of Strawberry Poison Dart Frogs. They primarily eat insects, which they sometimes roast with their fire breath. More properly a species of drake (they have long lost the ability to fly), they have hidden "wings" attached to their front legs that allow them to glide in a pinch.

***Actual dragon may vary somewhat from that pictured, as each is individually hand made.